Lucas satifies his voracious sexual appetite on screen and off!

This latin stud has a voracious sexual appetite, clearly visible on screen but what one doesn’t see, during his days off from filming, Lucas often sneaks out to spend hours and hours trawling the local bath houses, drilling one lucky patron after the other.

We always joked on set that after a few days of Lucas Foz being in town, hungry bottoms throughout the city called in sick the next day to work, having experienced Lucas’ 9 inch fucking machine first hand and in need of some recovery time. 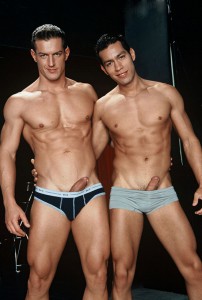